Cara H. Drinan, Director of Faculty Research and Professor of Law, recently published The Miller Trilogy and the Persistence of Extreme Juvenile Sentences, in Georgetown's American Criminal Law Review. Drinan’s article documents the fact that, notwithstanding Supreme Court case law establishing that children are different for constitutional sentencing purposes, youth in America are still subject to extreme terms in prison. As she explains, the combination of automatic transfer provisions and mandatory sentencing schemes exposes youth to decades in prison – despite children’s diminished culpability and established capacity for change. Her article argues that each of these mechanisms—transfer laws and mandatory minimums as applied to youth—are unconstitutional after Miller.

While the Miller trilogy has set in motion many significant juvenile justice reforms, youth in America are still exposed to extreme sentences—sentences that are disproportionate given the nature of the juvenile brain. Two mechanisms operate to maintain this status quo. First, automatic transfer provisions allow children to be charged, tried, and convicted in criminal court as if they were adults. This legal fiction flies in the face of the science on which the Miller trilogy was predicated. Second, once in adult court, youth are subject to mandatory sentencing schemes that were drafted with adults in mind. Again, this automatic sentencing without regard for the mitigating qualities of youth ignores the logic of the Miller trilogy. Indeed, some courts have recognized the disconnect between the Supreme Court’s declaration that “kids are different” for sentencing purposes and the ongoing use of automatic transfer provisions and mandatory sentencing schemes for youth. For the most part, though, courts view correction of these laws as purely a legislative prerogative. In this Article, I argue that, in fact, there is a clear path for courts to find both automatic transfer laws and mandatory minimums as applied to youth unlawful after Miller. 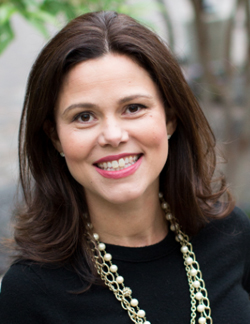